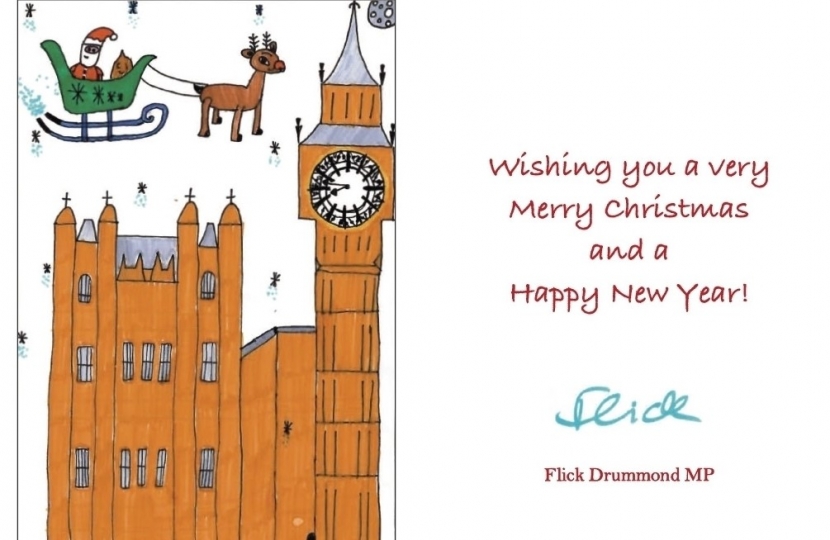 Very disappointing news from North Shropshire this morning but I am not surprised as it has been a very difficult year and people are cross. However, there was a very low turnout and the Conservative vote stayed at home. I was a city councillor in Winchester in 1997 when the Conservatives lost that Parliamentary by-election with a huge swing so I know how it can happen very quickly. It is a reminder to every MP that their job is not secure and we need to work hard on behalf of constituents.

It was with this in mind that I voted for the new Covid restrictions on Tuesday. Until we know how virulent omicron is, it is sensible and proportionate to bring in face masks and ask people to show that they have been vaccinated or have a negative lateral flow test before they enter a crowded situation.

This is about protecting each other, not about restricting people’s movements or fun. It is also about protecting our NHS as we need every bed for urgent and elective surgery, not filled up by covid patients. It is about society looking out for each other, so I am afraid I disagree with anyone who thinks that this is the government turning us into a Stalinist state.

A couple of emails have asked whether I broke the rules by going to an office party. I do not work at No 10 or CCHQ and did not attend any parties in the Department for Work and Pensions where I am PPS. I have always been very careful to avoid meeting with large groups of people during the crisis because I do not want to be a spreader of the disease.

We were lucky that we had proxy votes last December so we could work from home but that has not been the case since January so I have been wearing a mask around Westminster and testing myself regularly. It has also meant that I have not been holding open surgeries but we have managed with Zoom meetings, emails and telephone calls and dealt with the many problems that constituents have far quicker than waiting for a surgery appointment. We have dealt with around 8,000 cases this year.

It has been a busy year in Parliament, we have passed a huge amount of legislation since I was elected in December 2019. Some 61 Acts have been passed and we have a large number of Bills going through at the moment.

This Government has delivered on Brexit, passed some landmark Acts including the Agriculture Act, Environment Act, Domestic Abuse Act, Animal Welfare (Sentencing Act), Counter-Terrorism and Sentencing Act to name but a few. You can find out more on this link.

I think people forget how much we have achieved as we have been so focused on Covid, but I am very proud of our achievements and the new legislation that we are bringing forward so 2022 will be another exciting year in Parliament.

One of the joys of the job is visiting schools in the constituency and yesterday I had the delight of giving out book tokens to the winners of my Christmas competition.

It was won by Harriet at Swanmore School and the runners up were Dylan, Daisy and Ava from Wickham Primary School and Dorothy from Berewood Primary School. The theme was ‘Christmas in Parliament’ so they had to think about the magnificent building and what it stands for.

I hope that you all have a great Christmas with your families especially if you missed seeing them (as I did too) last year.

Merry Christmas and I hope 2022 will be a much happier year.

I am delighted the Government has listened to the concerns of residents living in park homes and those living off the electricity grid.