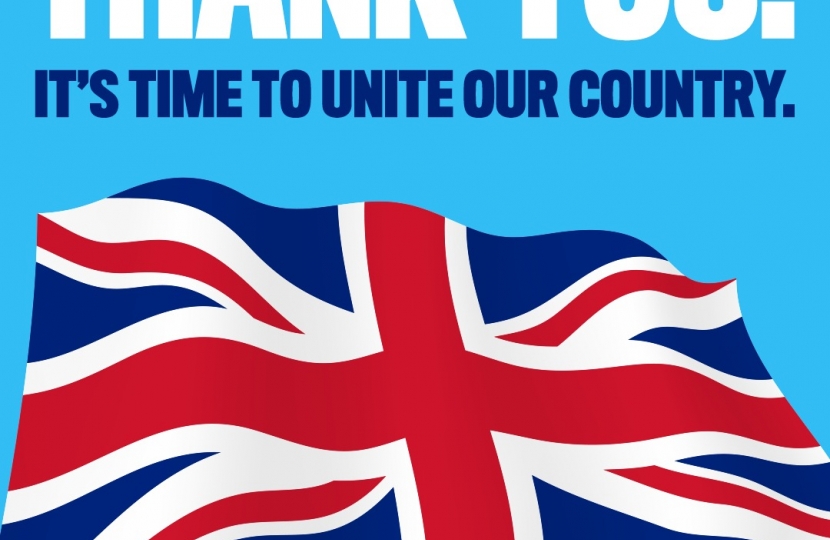 Flick was elected as the Member of Parliament for Meon Valley. She received 63.5% of the vote and the majority was 23,555. At the count which ended around 5am, Flick thanked everyone:

I would also like to thank the police for keeping us all safe not only today but every day.

I would also like to thank my agent, Anne Pearson, and all the Conservative team that helped me over the campaign.

It has been a long day and night so I will keep this short.

There is no doubt in my mind having campaigned all day over the last 4 weeks that people wanted certainty. Whether you voted remain or leave, we have to put faith back into politics, respect the referendum result and deliver on Brexit.

We also have to deliver on our one nation manifesto that will make sure that everyone is looked after and start putting money into our public services now we have balanced the books.

I thank the people in Meon Valley for putting their faith in me and I will not cease to work on your behalf making sure that every person in our community is represented starting on Monday.

You can now contact Flick at her Parliamentary email flick.drummond.mp@parliament.uk  Flick has taken on the same team as Sir George Hollingbery so they are experienced and will continue to look after any constituents that are currently being helped or wish to have help. Flick is happy to see any constituents in Parliament and will be organising tours of the House of Commons and Lords, mostly on Monday morning when both Chambers are open. If you want to visit her then or at any other time, please email her at the above address.