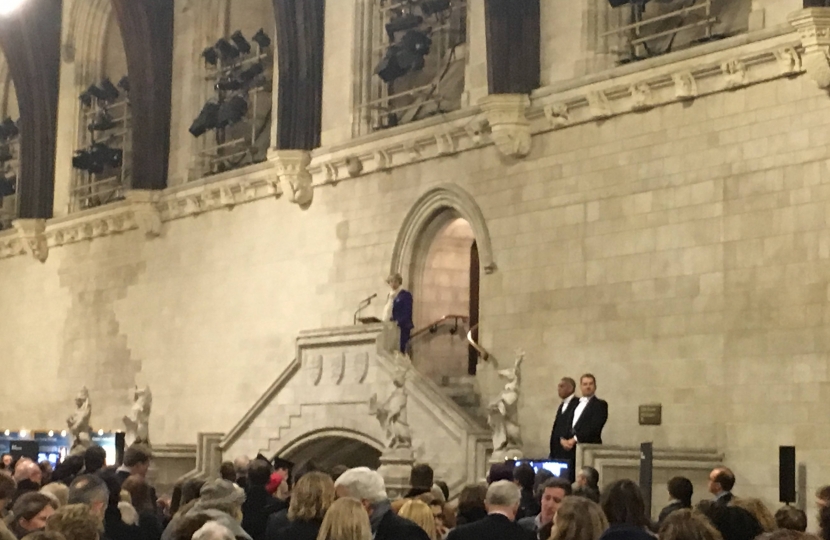 Former Portsmouth South MP Flick Drummond attended a reception in Westminster to mark the 100th anniversary of women getting the vote on 6th February.

Flick joined female and male MPs past and present and the Prime Minister, Theresa May, for the event to mark the Representation of the People Act 1918.

“This was a very emotional and poignant event which showed just how far women have come since 1918 but also the limits of that progress too,” said Flick.

“We have had two women Prime Ministers but Parliament and public life remains overwhelmingly male and I will continue to work to ensure women’s voices are heard in high office as well as locally.

“The celebrations were also only partial in their truth in many ways as the detail of the Act meant only women over 30 who had property rights were allowed to vote. Universal female suffrage did not happen until 1928.

“Also, very much forgotten were the five million working class men – many who had fought and had been injured in the Great War - also received their vote on this day when universal male suffrage was given.

“The fight for women to have their vote should be rightly celebrated and I was honoured to do so, but it was a fight that was not just about gender it was about class too.”

Throughout 2018, Parliament will be celebrating a series of important democratic milestones and you can find out more about them at www.parliament.uk/vote100