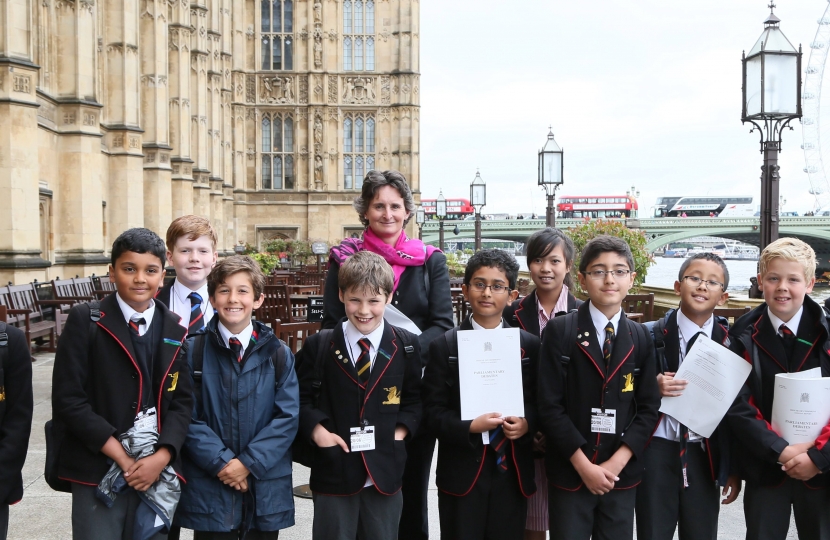 MP Flick Drummond has been quizzed about life in Parliament when students from Portsmouth Grammar School Juniors came for a “behind the scenes” tour of Westminster.

The pupils from the school in the High Street visited the Royal Gallery and both Houses of Parliament, followed by a question and answer session about Flick’s work in Portsmouth and Westminster.

‘It’s always a pleasure to host pupils at Parliament,’ said Flick. ‘I was particularly impressed with the range of questions, which clearly showed their awareness of current issues'.

‘I was asked why pupils their age are not allowed to vote and my views on the refugee crisis and we had a lively debate, which is always great to take part in.'

Afterwards, the pupils were able to watch the tributes to murdered MP Jo Cox.

Flick is actively encouraging all schools, groups and individuals to come and visit her in Parliament. Contact her office at 023 9229 2690 for more details.