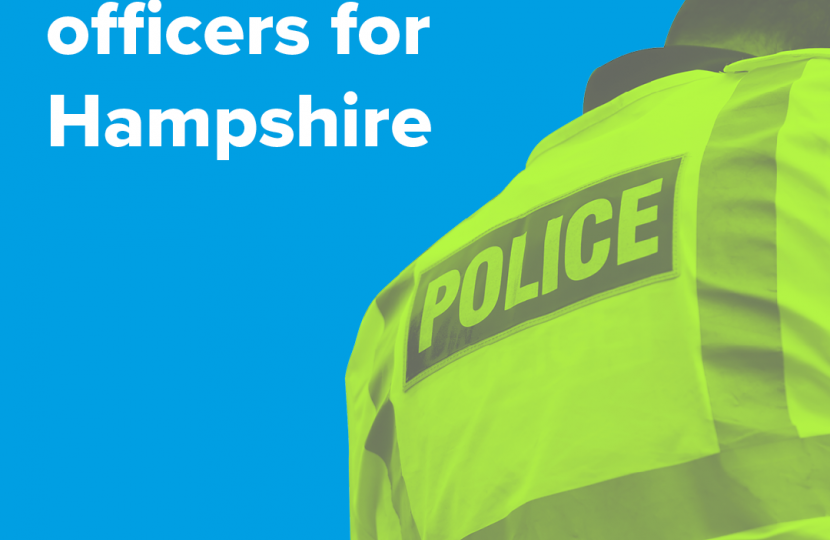 Flick Drummond, our candidate for the Police and Crime Commissioner elections in May, has welcomed the 20,000 new police officers promised by the Government and the announcement that Hampshire and the Isle of Wight will get 156 new police officers over the next year.

If elected, Flick will continue to campaign to ensure that we get a fair share of those officers and the funds to train them.

“Many people have said they want more visible policing,” Flick said. “This can only be achieved by recruiting more police for our overstretched force in both urban and rural areas.”

Flick’s other plans include building resilience for our young people to stop them going into criminal activity and, in particular, county lines gangs.