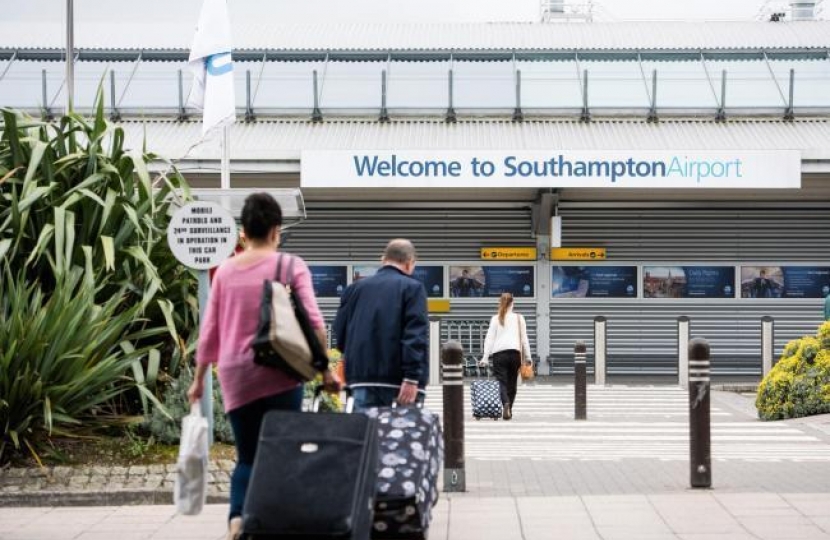 Speaking in parliament in an aviation debate last week, she told MPs the airport was “an important contributor to the economic prosperity of the wider region”.

However, she added it was already struggling before coronavirus struck because of the collapse of Flybe, which initially took away 95% of its flights.

She asked the government to support the airport, which would also support jobs and businesses in the Meon Valley.

“I am pleased other airlines have filled some of the capacity left vacant by Flybe’s demise, but I am of the view that unless the runway is longer, the airport cannot make use of bigger aircraft and its future will continue to be difficult.

“I certainly want the airport to flourish, it is an important regional infrastructure asset, and I also understand there are technical issues around the runway expansion and fears over pollution and noise in a built-up area.”

“Much work would need to be done to tackle these but the most important question here is: can the airport continue in its present form? I believe the answer to that is no and solutions, including a longer runway, need to happen.”

Plans to expand the runway by 538ft are due go to a second public consultation before a final decision is made by Eastleigh Borough Council.

If it was given the go ahead, the bigger airport would create 400 new jobs with a regional economic benefit of £400m by 2037.

As this is the first time I have spoken in a debate on education since the lockdown has been lifted, I would first like to pay tribute to all the teachers and school staff in the Meon Valley.