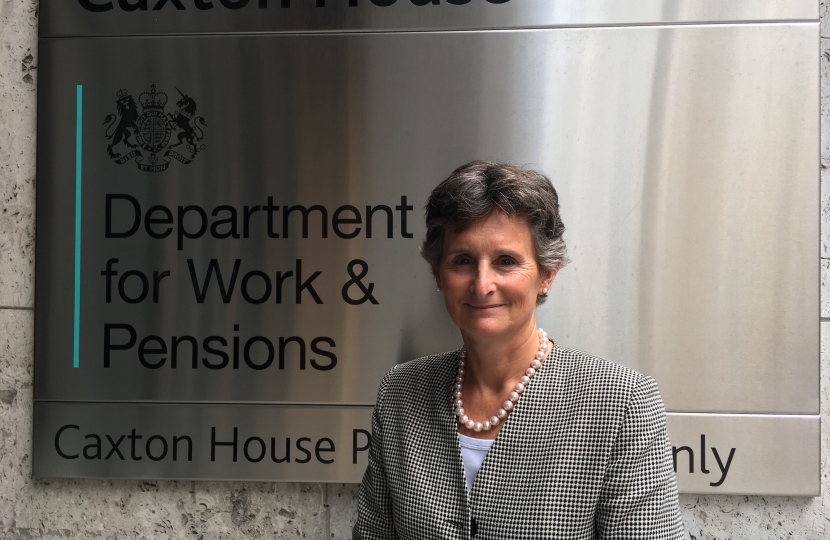 Flick Drummond given role in Department for Work and Pensions

This article was published in the Hampshire Chronicle: https://www.hampshirechronicle.co.uk/news/18788886.flick-drummond-given…

Mrs Drummond has been appointed Parliamentary Private Secretary (PPS) at the Department for Work and Pensions (DWP).

Having been elected to the Meon Valley seat in December 2019, Mrs Drummond will now be one of the ‘eyes and ears’ for DWP ministers in the House of Commons making sure MPs’ issues, concerns and questions are fed back to the department.

She said: "I am thrilled to be joining such a big Government department as such a critical time.

“DWP is on the frontline of the Government’s Covid response and will face many challenges in the coming months around unemployment and benefits but also in driving forward a host of initiatives to help people, such as the Kickstart programme to get 16 to 24-year-olds into work.

“It also means I can continue to speak in Parliament on areas that really interest me such as education, foreign affairs and defence.”