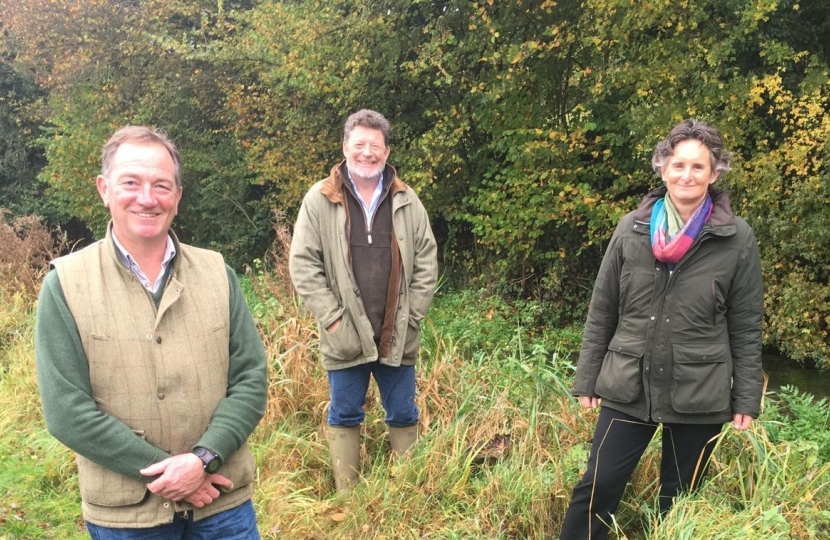 Ludlow MP Philip Dunne has tabled his Sewage (Inland Waters) Bill and it now has the support of more than 100 MPs.

Flick has previously expressed concerns over the water quality in Hampshire’s chalk streams, two of which - the Meon and the Itchen - flow in her constituency.

She has also welcomed a joint industry-government move to tackle environmental damage from storm overflows of sewage and the government's commitment to solve the problem.

The Storm Overflows Taskforce – made up of Defra, the Environment Agency, Ofwat, Consumer Council for Water, Blueprint for Water and Water UK – has agreed to set a long-term goal to eliminate harm from storm overflows.

They were designed to be used during extreme weather to prevent sewers becoming overloaded. However, climate change has led to increased rainfall and water infrastructure has not kept pace with development growth over decades.

Water companies will accelerate work to install monitoring devices to create a complete picture of their activity by 2023. They have also agreed with the taskforce to publish annual monitoring data to help reduce their use.

“There is considerable data showing that our rivers are polluted by sewage discharge, agricultural run-off and chemicals and this needs to be addressed by the government and the water industry,” said Flick.

“I am pleased the taskforce has been set up and the government is committed to working with Philip Dunne and those, like myself, who support action over this issue. His bill has my full support.

“Recent data from the Environment Agency, published just last year, really spelt out the challenge we face when it found all English rivers failed to meet standards for pollution due to sewage discharges and agricultural and industrial chemicals in their water. There is much to do."