Hertha Ayrton recognised with a Blue Plaque in Portsea 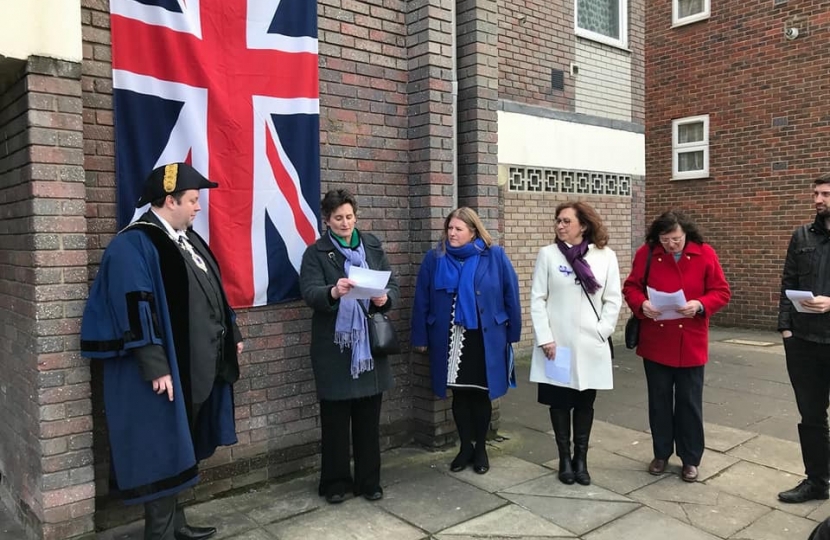 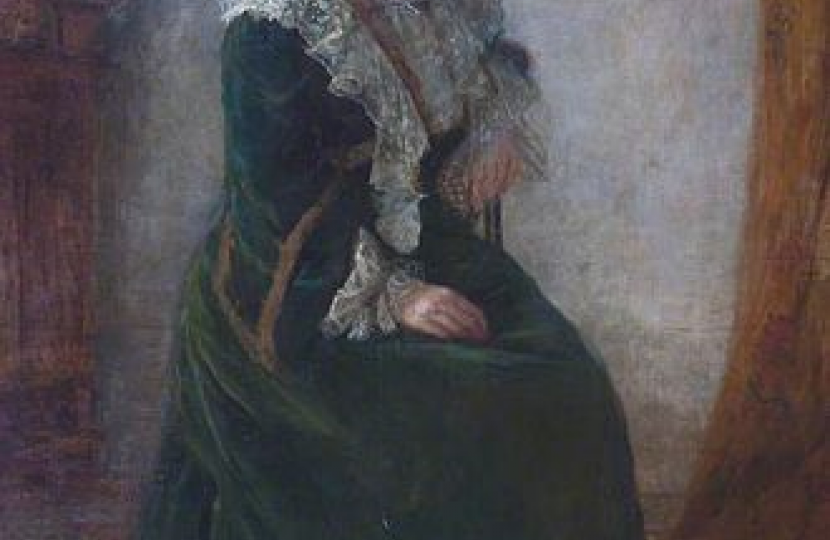 Flick Drummond was delighted to lead the campaign to recognise Hertha Ayrton with a Blue Plaque at the place of her birth at 6 Queen Street, Portsea. The plaque is now there for everyone to see.

“I was very pleased to launch the campaign to get a blue plaque for Hertha Ayrton in the centenary of women getting the vote. Alderman Terry Hall had been championing Hertha for some time but there was no blue plaque so I was pleased that the city council took the idea up and produced a plaque very quickly. The deputy Lord Mayor, Cllr Lee Mason, was instrumental in this and I was pleased to see the first female Leader of the Council, Cllr Donna Jones, unveiling it. We have a good history of strong women in the city”.

Here are the words that Flick wrote for the unveiling which were read out by her, Cllr Denny and Cllr Horton.

Hertha Ayrton was born Phoebe Sarah Marks in 1854 in Portsea. The daughter of an immigrant Polish watchmaker, Levi Marks, and Alice Moss, whose father was a glass merchant in Portsea, Sarah, as she was called then, was the third of 8 children. Shortly after her father’s death in 1861, she was sent to live with her maternal aunt who had a school in London. Sarah adopted the name Hertha after the heroine of a poem by Algernon Charles Swinburne, and passed her exams to read Mathematics at Girton College, Cambridge in 1874. It was here that Hertha was introduced to Barbara Bodichon, the founder of Girton College and the leader of the Langham Place activists.

Although she passed her exams in 1881, only certificates and not degrees were awarded to women by Cambridge, so she passed an external exam at the University of London instead to receive a degree in Mathematics. As a student she started to invent. She constructed a sphygmograph for recording the pulse in arteries, and then in 1884 patented a line divider which was significant for architects and engineers.

Hertha married Professor William Edward Ayrton, a pioneer in electrical engineering and physics. They had one daughter, Barbara, in 1886. Barbara later became a Labour MP in 1945 on her fifth attempt and also played a major part of the suffrage movement.

Hertha made a significant discovery in the development of electric arc lighting used for public lighting by stopping the flickering in 1895 and was the first woman to be invited to read a paper at the Institute of Electrical Engineers in 1899 and the first to be elected to membership.

She was a friend of Marie Curie and following Marie’s discovery of radium which was attributed to her husband first, Hertha let to a campaign to rectify this commenting that ‘errors are notoriously hard to kill, but an error that ascribes to a man what was actually the work of a woman has more lives that a cat’

Hertha registerd 26 patents before her death in 1923 including an anti-gas fan which was crucial in pushing out the poisonous gases in the trenches during World War One.

Ayrton was an outspoken suffragette and was frequently present of women’s rallies. There is an English Heritage blue plaque for Hertha Ayrton at her house at 41 Norfolk Square, Paddington, London, we are delighted that we now have a blue plaque in Portsea which we hope will inspire future generations of scientists in this centenary of the women’s suffrage. 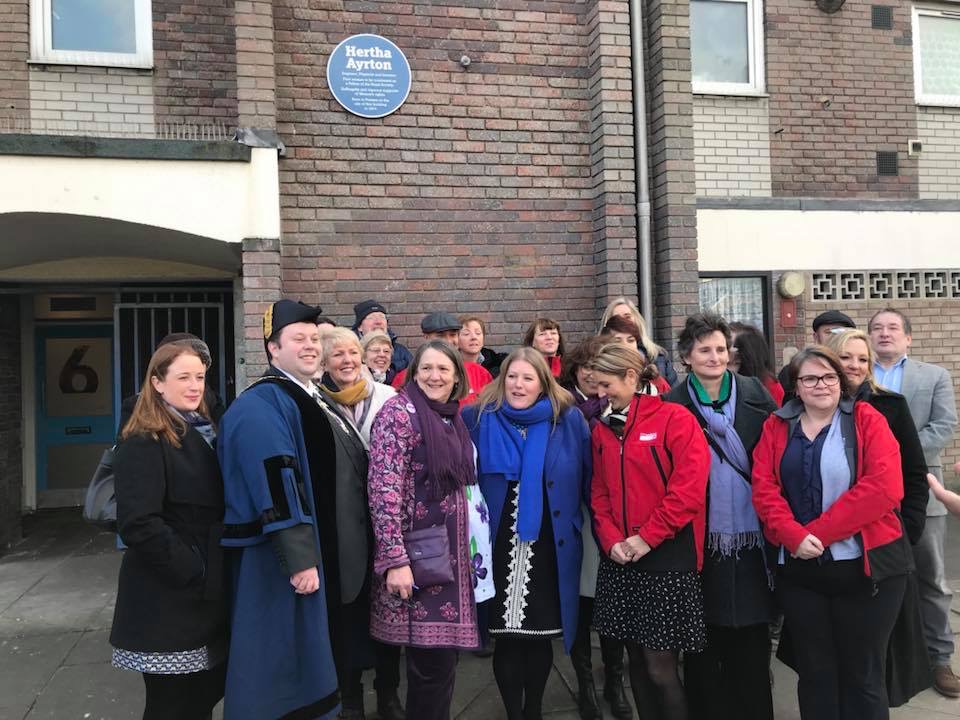