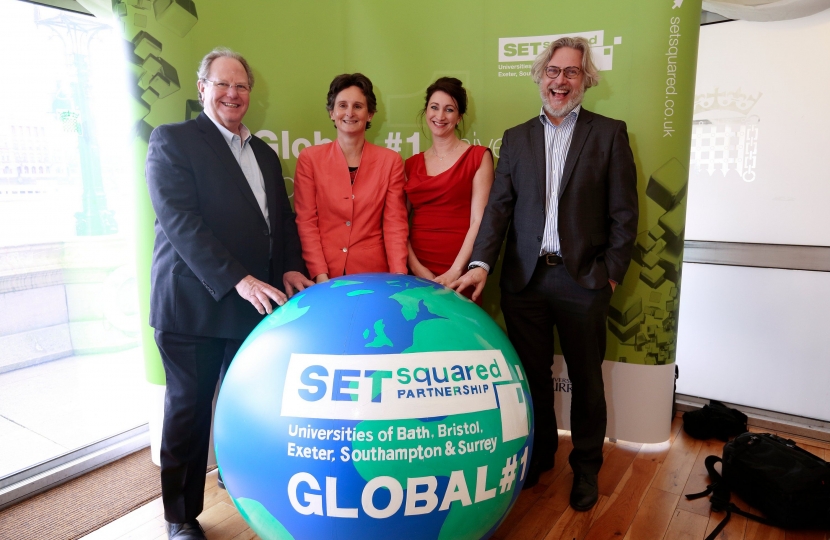 Portsmouth South MP Flick Drummond is encouraging the city’s university to join one of the South’s most innovative new tech start-up initiatives.

Flick was at a House of Commons to meet SETsquared – a university business incubator and speak to Hampshire companies that hope to grow in the years to come.

The organisation, which includes the University of Southampton, would like Portsmouth to join, and Flick will write to see if it’s interested.

“High technology is vital for the future prosperity of Britain and so it was encouraging to see how firms with such brilliant ideas could grow into major businesses in the future,” said Flick.

“Education has a great role to play in ensuring that high-technology remains at the vanguard and I would like to encourage Portsmouth University to join as it could be a great boost to high-tech innovation and jobs in the city."

At the event, SETsquared announced that its member companies raised over £90m of investment in 2015 – the highest annual investment figure ever achieved by the 14-year-old enterprise partnership of the universities of Bath, Bristol, Exeter, Southampton and Surrey.

The organisation currently supports some 260 high-growth potential technology companies, all of which are developing businesses based on technology innovation in sectors as diverse as cloud computing, cleantech, medtech, next generation mobile and spacetech.