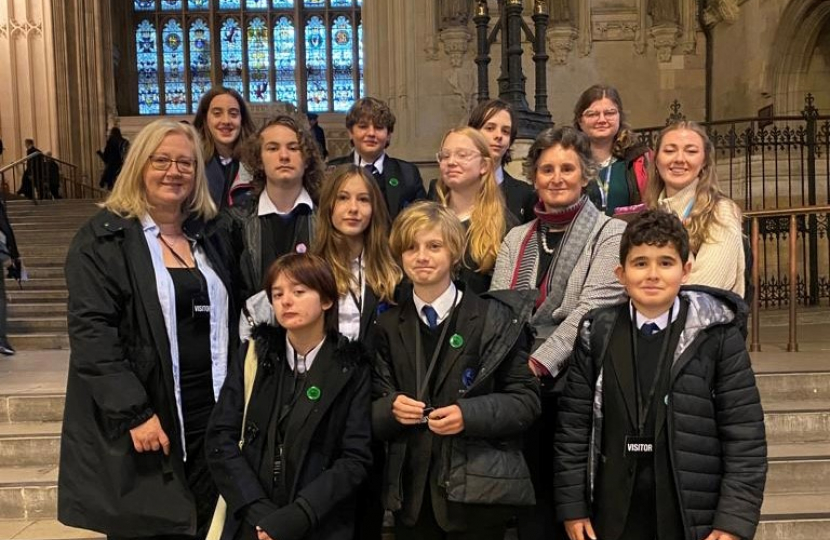 Meon Valley MP Flick Drummond met with pupils from Swanmore College when they came to Westminster for a tour recently.

Nine pupils from the secondary school travelled to the capital to take part in an official tour that Flick arranged during Parliament Week earlier this month.

The MP spoke to them about what she does and how Parliament works before giving them a chance to ask any questions.

She then took them all to sit in the House of Commons’ public gallery and watch Treasury questions with the Chancellor speaking ahead of the Autumn Statement.

“It was a pleasure to meet with Swanmore pupils and staff and show them around Westminster and talk a little about what I do to represent Meon Valley,” said Flick.

“It is so important young people get a firm understanding of how our democracy works and to see where it happens too. These students were very interested and asked some good questions.”

Parliament Week is an annual event to raise awareness of what Parliament is and what it does.