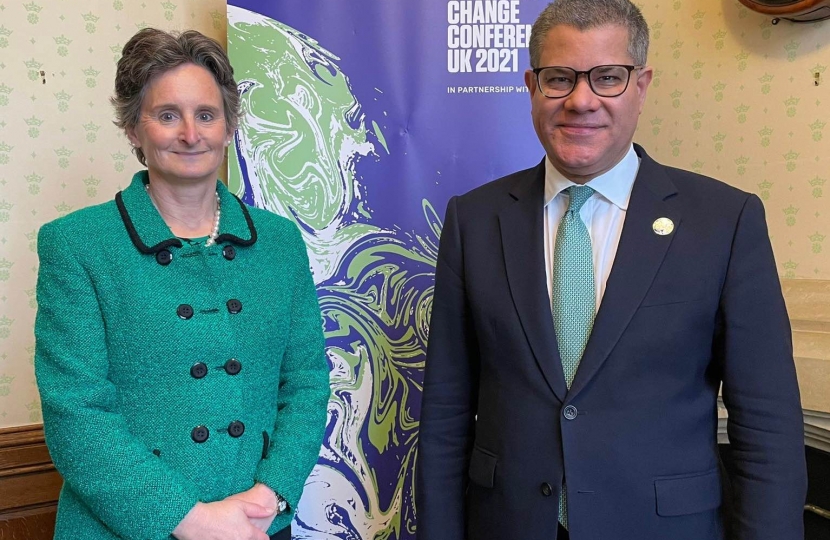 Last week, we had a three-day recess and it was a good opportunity to catch up with the inbox and policy as well as reflecting on the previous weeks which had been traumatic with the death of David Amess and also of James Brokenshire from cancer.

That was followed by the usual cut and thrust of politics with an outcry about the amendment on sewage, and Owen Paterson. So, having some time to think about things was useful. We work very long busy hours in Westminster and there is often little time to reflect.

After a moving Remembrance Day service on Sunday in Rowlands Castle, I drove up to London on Sunday evening to prepare for debate on the Post-16 Education Bill.

In my speech I made it clear that I believe we should have a 14-18 curriculum to prepare young people for employment and to engage those who have become alienated from the classroom. If we have a system where young people can see the benefits of staying at school and make the curriculum more relevant, we will have a better and broader educated society. This would include replacing GCSEs with assessment at 18 rather than spending six to seven months preparing for exams at 16.

This argument is now being well made in the education world and I am having a meeting with the Secretary of State shortly. The video of my speech in the debate is here and this is the Hansard transcript.

Other business that day was passing the Standards Committee’s report on Owen Paterson. I was pleased the report went through without opposition, and we will now be putting a better system into place to hold us to account.

It is a very confusing reporting system as we have several bodies that we report to, and it would be much simpler to have one that we can refer to or ask advice from. It is very easy to get it wrong, which is why I rarely claim any personal expenses and would certainly not ask for payment for any advice that I give.

However, I am not against second jobs where MPs have to keep up their accreditation, such as GPs and nurses. Our job is a very precarious one as we are elected and can lose our jobs and income very easily, so it is important that people have something to fall back on. However, it is very obvious to me that we should not be paid for lobbying or advice and I do not do it.

I had a meeting with the All-Party Group on the British Council this week and talked through the issues of funding. Having spent most of my childhood in countries where the British Council had a presence, I have seen first-hand how soft power is so useful to our foreign policy. There was a packed debate on Nazanin Zaghari Ratcliffe this week, there was no opportunity for me to speak but I listened carefully to the Minister’s response.

Later in the week I had an opportunity to mention it to the Foreign Secretary and she assured me they are working hard to get Nazanin back. Other foreign policy meetings included a monthly update meeting on issues in Palestine and Israel where we heard about the prospect of more settlements being built in the West Bank. The world seems to be full of ‘wicked problems’ at the moment and I am not sure we can wait until the United States shows leadership on many of these issues.

One area where we lead the world is the environment, and I discussed this with Alok Sharma, who presided over the COP26 conference in Glasgow. We talked about the progress we are making, and the great work organisations in Meon Valley are doing to support it.

I hosted a drop in for the National Citizens Service, with Chief Executive Mark Gifford. I was a member of the national board of the NCS from 2018-2019 (an unpaid role) and I am very supportive, having seen the impact on disadvantaged young people in Portsmouth and around the country. It is a programme that all young people should get involved with.

I am out and about campaigning tomorrow, so I hope to bump into some of you!

Have a great weekend!