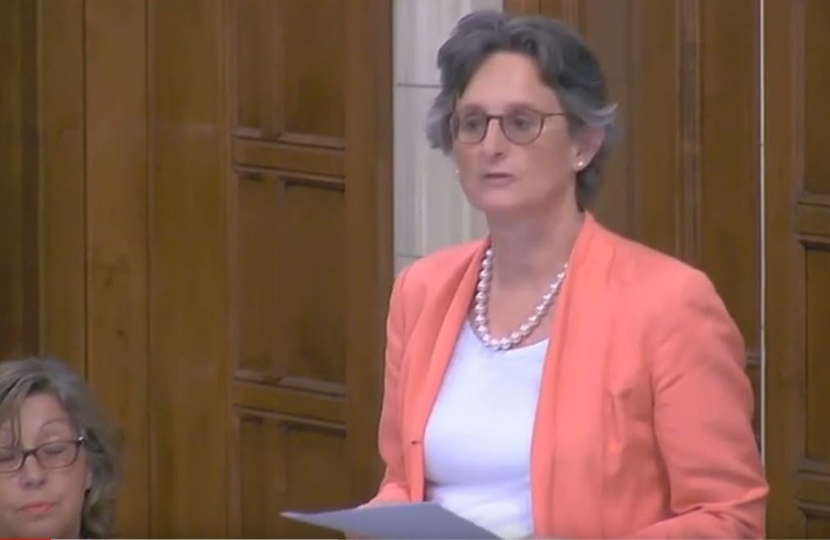 After a tough week of voting, we finally have two candidates to become the leader of the Conservative Party and Prime Minister. I am supporting Rishi Sunak because I believe he has the best economic policy as well as integrity and professionalism. I had a chat with him on Monday so that I could understand his views and was satisfied that increasing corporation tax would be a gradual tax and he would be concentrating on encouraging investment and innovation.

That is the way to increase growth in this country and having spent the day at Farnborough Air Show yesterday, that is exactly what all the companies that I visited are asking for.

Fortunately, Liz Truss could also make a good Prime Minister so I am pleased that we have a good choice but I will be campaigning for Rishi over the summer. I know that some local people were supporting Penny and I am sure she will get a good role in the autumn.

The week was also dominated by the weather and it was extremely hot in London. That feeling as you get off a plane in a very hot country was the same feeling when you went out of a building, my office is not air-conditioned and was like an oven. Fortunately, the Chamber was air conditioned as I wanted to spend the time in the Chamber listening to the Northern Ireland Protocol debate.

I hope that we can get a negotiated settlement but we have to do something soon, otherwise Northern Ireland will be under a different tax regime to us as well as being unable to receive any subsidies and help for businesses from the UK. It now goes to the House of Lords so it will come back with amendments. It was interesting to hear the passionate arguments from the DUP about the impact that it is having on Northern Ireland business.

I spoke in a debate on education on Monday afternoon concerning the government changes to BTECs which have been a successful vocational qualification for the last 35 years. As you know, I have been campaigning to change the assessment system in education with a English style baccalaureate (Rishi is also interested in this) which would include an academic and vocational strands as equals. I am chairing a conference on this with all the chairs of the five commissions in September.

On Tuesday, I set up a new All-Party Parliamentary Group on assessment with a Labour MP. I am pleased that so many people are discussing this as we need to prepare our young people for the skills of the future.

On Wednesday, I met with Sam Watts, chair of the Winchester Food Partnership. It works with food pantries and food banks around Hampshire. We have both in Wickham and, having worked in a food bank in Portsmouth for 2 years, I have seen at first hand they work and how they are a lifeline for a short period for some people especially those moving onto Universal Credit as it take five weeks to start.

This is because of all the checks that have to be done. It used to be much longer. The food pantries first started to recycle food from supermarkets that would otherwise have gone to waste and Sam talked about how the Winchester Food Partnership is trying to provide cookery classes through the pantries to show people how to cook healthily and cheaply. I would love to see compulsory cooking classes in schools – possibly as part of the extended school day.

We also had the news that Portsmouth Hopsitals Trust, which manages Queen Alexandra Hospital, has retained its "Good" rating overall after the latest CQC inspection. Congratulations to Penny Emerit and her team who are working hard to provide a steadily-improving service.

As I mentioned, I visited Farnborough International Air Show. It was a rush around various businesses that are based in Meon Valley or employ people living here, such as Safran, Lockheed Martin, and BAE. There was no time to walk around the huge number of stalls or watch the flypasts, but I am very excited about the developments in clean energy which will be fuelling planes within a few years – an electric flying taxi should be in use soon. This is good news for the expansion of Southampton Airport as electric and hydrogen powered planes will be the transport of the near future.

We are now on recess. Next week, I have a four-day summer camp with eight young people learning more about the life of a politician. The camp will include a trip to Westminster which I am looking forward to. I will also be visiting businesses and events over the summer. The next newsletter will be in September when we will have a new Prime Minister.

Have a great summer.

I am delighted the Government has listened to the concerns of residents living in park homes and those living off the electricity grid.