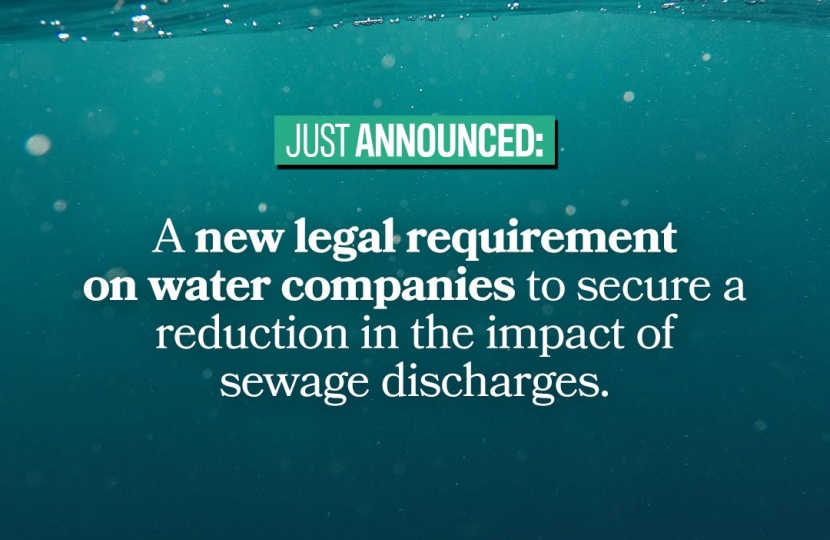 What a week. On Monday, I spent several hours reading the 3rd report of the Standards Committee regarding Owen Paterson including, all the appendices and told my whip that I would be voting for it or at best abstaining.

I also told the Chief Whip that I thought that Owen Patterson had violated the rules. I was not the only one. On Tuesday, talking to others I heard that there is no right of appeal and that those going through the system are not allowed to tell anyone.

That is not acceptable so when the Andrea Leadsom amendment was put forward on Wednesday I decided, on balance, to vote for it as it did not exonerate Owen but just delayed the verdict until February.

Subsequently, I found out on Thursday that the Standards committee has already launched an inquiry into the process. In hindsight, I wish I had known this before the vote because it would have changed the way I voted. It is fair to say I am very unhappy about how this has been handled and lessons need to be learned.

The Government gets credit for quickly changing its mind in the face of real public concern and I think Owen Paterson’s resignation was the right thing to do considering the circumstances. The disciplinary system for MPs does need reform but it was a mistake to bring Owen Paterson’s case into it.

Another controversial vote is coming back next week as the Duke of Wellington cannot withdraw his amendment around a legal obligation for water companies to sewage released into our rivers and seas.

The Government has listened on this subject and has put in a better and tighter amendment to have ‘a duty enshrined in law to ensure water companies secure a progressive reduction in the adverse impacts of discharges from storm overflows’.

This is a proportionate and sensible way forward that will allow us to tackle the problem of storm overflows.

I met up with Richard Ratcliffe over the last two weeks to give him support for his hunger strike over the plight of his wife, Nazanin, who remains detained in Iran. It is outrageous that this has not been sorted out and I have written to the Iranian Ambassador and asked for a meeting as well as the Foreign Secretary.

The Foreign Secretary will also hear from me on Palestine and UNWRA which supports Palestinian refugees in neighbouring countries with education and health but has had its aid cut from all sources. It does incredible work and without it, I worry about the security and safety of both the refugees and their adopted countries.

On a more positive note, it is Parliament week and I have had three meetings, a Zoom meeting with Horndean Rangers on Tuesday night, Wickham Scouts on Thursday night in person and Yr 6 in Horndean Juniors. All asked very challenging wide-ranging questions and it is great to see so many young people very concerned about policy and the future.

On Wednesday evening after a vote, I attended a Schools Prom run by Music for Youth at the invitation of the National Education Union. It was inspiring to hear 2000 young people playing in orchestras, groups and singing. A particular highlight was a 10-year-old boy playing the clarinet, a star of the future.

I am out selling poppies tomorrow, have a great weekend.

Today I spoke in Caroline Ansell's Westminster Hall Debate on Introducing a Natural History GCSE. I discussed how there are better ways to integrate natural history into a school curriculum, rather than introducing a new GCSE.