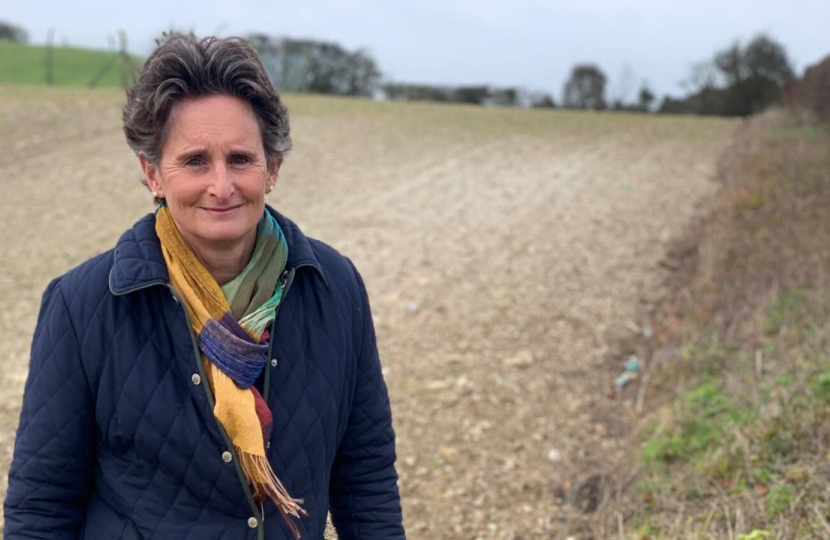 Flick has been the Member of Parliament for Meon Valley - a place she calls home - since December 2019. She is also a Parliamentary Private Secretary (PPS) in the Department for Work and Pensions (DWP). From 2015 to 2017 she was MP for nearby Portsmouth South.

Flick has a wide range of experience in public service and in the voluntary sector. Recently, she was the Chair of the SE Region of the Veterans Advisory and Pension Committee, a Board member of the National Citizens Service (NCS) and Voluntary Director of the Conservative Policy Forum. She resigned from all these appointments when she was elected again to Parliament.

Flick first started in politics as a city councillor in Winchester before she went to America in 1999-2004 where she saw the horror of 9/11 World Trade Center terrorist attack.

Flick has been a school governor at Milton Park Primary School in Portsmouth and has a keen interest in education. She used to work as an insurance broker, Ofsted lay school inspector and was a member of the TA Intelligence Corps.

Her other interests are in foreign affairs and especially the Middle East where she was born in what is now Yemen.

Flick is married with 4 grown up children.

She does not claim any personal expenses in her role as an MP such as travel to Westminster or for accommodation in London.

Hampshire is an incredibly special place where community is valued and nurtured which is why our home has been here for the last 33 years.

My husband was born and brought up in Petersfield, we got married in Bishop's Waltham and my parents moved to the Meon Valley in 1986 following a lifetime of serving the country abroad in the British Army and Foreign Office. My father is buried in Meonstoke Church and my mother still lives in the village.

It is an honour to be the MP for such a wonderful place – a place I call home. Before I was elected, I pledged to a visible MP committed holding frequent surgeries around the constituency, listening to your views and helping you with your problems and this work is now happening.

An ambition is to visit every pub, library, community centre and as many businesses as I can in the coming years, so please do get in touch if you would like me to call in.

Flick is happy to meet people either in the constituency or in Parliament. Contact her office if you want to make an appointment to attend one of her surgeries or see her in Westminster. She will be holding drop in clinics and pub/community events to meet her over the next few months although following the outbreak of coronavirus, Flick is mindful that we need to be more careful about meetings and will be updating what she is doing on her website and social media.