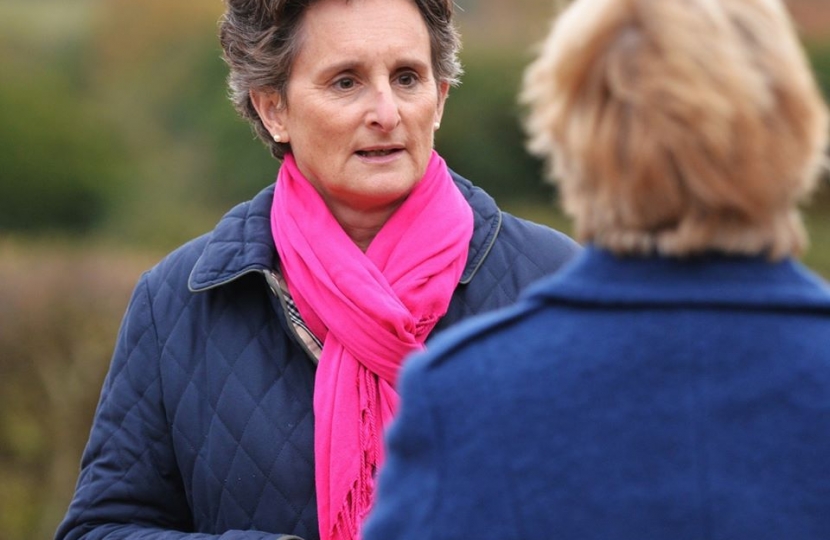 Broadband and mobile phone coverage in the Meon Valley is an issue. Since elected, I have been meeting communities and businesses who struggle with slow broadband speed to gather their thoughts.  I have also met with Openreach, BT and Ofcom. Government investment in superfast broadband for the 20% of places that have proved difficult to reach is forthcoming in addition to money earmarked for better 4G mobile coverage for rural ‘notspots’. I will be talking to ministers about timescales for this money to come online and benefit the Meon Valley. In the meantime, I will be meeting with Mobile UK shortly.

Protecting our environment and ensuring a new and effective regulatory framework for farmers post-Brexit is a major issue for a largely rural constituency like the Meon Valley.

I am pleased the Agriculture Bill came through and now the Environment Bill which is currently going through Parliament have big influence and I have already been asking Ministers for clarity in areas such as the protection of chalk streams and how farmers will be rewarded for public good like conserving the environment, protecting soil and rewilding.

I also told Parliament we need to make sure that all our countryside organisations are working together collaboratively - because much of Meon Valley is in the South Downs National Park - if we are to succeed with a green agenda while striking the right balance around food production.

Another area I want to see progress on for the Meon Valley is in sustainable house building. We need development that enhances and helps the environment not harms it.

I am deeply concerned about the state of Waterlooville high street which is now made worse by Waitrose leaving shortly. I will be working closely with councillors and other organisations to see what we can do to make it a better shopping area. Please let me know if you have any ideas and I will be organising public meetings shortly to discuss this.

Noisy and speeding motorcycles is a scourge in the Meon Valley, especially on the A32 and A272 in the summer months. Residents are fed up with it and we are working towards finding a solution that is proportionate and effective.

Recently, I met with the Hampshire police, attended CANS public meeting and met with Solent IAM to hear their views on what can and should be achieved to stop the problem. I continue talk with Ministers to find a way forward to deal with this unacceptable anti-social behaviour from a minority of motorcyclists.