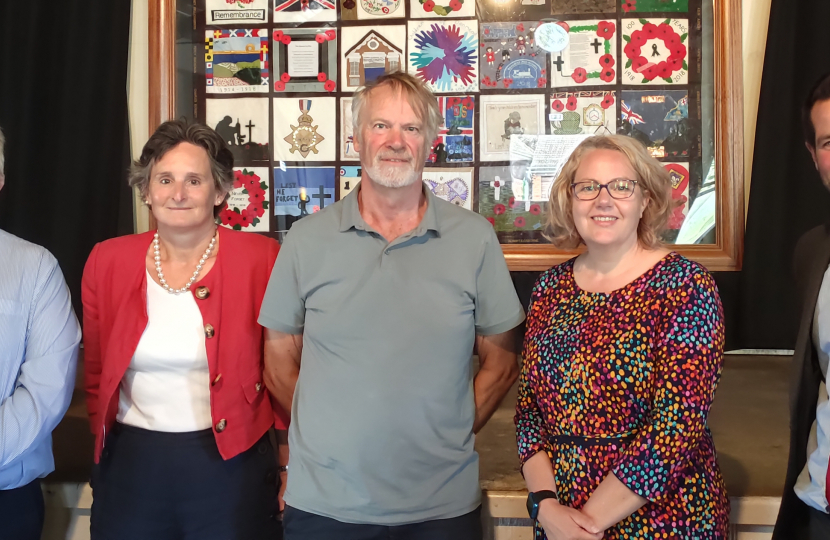 Meon Valley MP Flick Drummond is urging local people to take part in a Southern Water consultation on how it will use recycled water to fill a new reservoir at Havant Thicket.

The event at Denmead Memorial Hall, saw an audience of 65 hear from and question a panel comprising Portsmouth Water chief executive Bob Taylor, Keith Herbert from Southern Water, Environment Agency regional manager Dawn Theaker and Nick Walton from the campaign for the Protection of Rural England.

A key component is the plan to top up Havant Thicket Reservoir with recycled water.

Doing so will take less water from the sensitive Test and Itchen chalk stream rivers during a drought and protect the ecologically sensitive habitats.

“Water supply and cleanliness of water in rivers and the sea are big issues for my constituents and I thank them for coming to the summit in such numbers to hear from the experts,” said Flick

“It was a broad discussion about the new Environment Act and the tighter regulation it imposes on water companies, and it was good I was able to explain those ground-breaking measures.

“The water summit also talked about the Havant Thicket project and how it will take a great deal of pressure off the rivers Itchen, Test and Meon,” said Flick.

“There has been some misinformation that Southern Water wanted to put sewage into the reservoir, but this is simply not true. The water will be treated to a very high standard. If it didn’t go into the reservoir, it would be pumped into rivers or the sea and it is perfectly safe.

“We were also told that Havant Thicket will hold excess fresh water from springs which would otherwise run straight into the sea.

“This makes sense as we face pressure on our water reserves.

“However, it is important local people take part in the consultation to better understand what is happening and to give their view.”

The consultation is now live and can be found at: https://www.southernwater.co.uk/our-story/water-for-life-hampshire