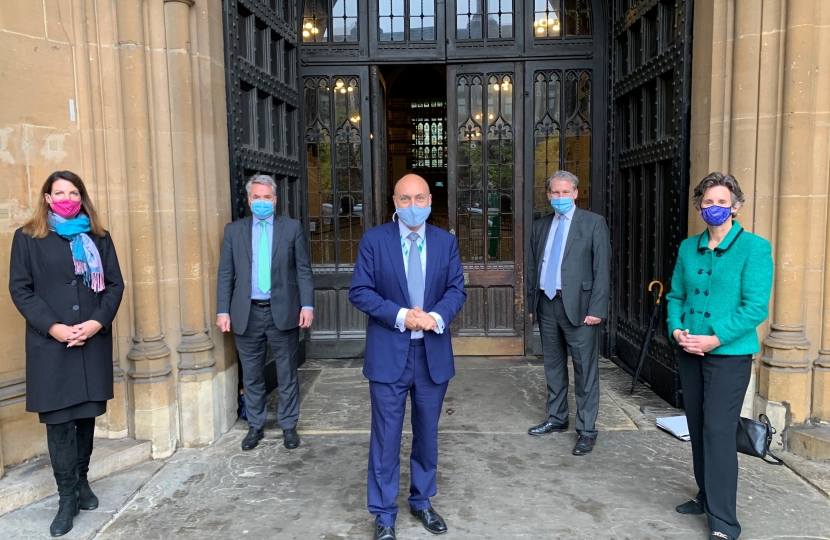 Meon Valley MP Flick Drummond has thrown her support behind proposed legislation to increase penalties for drivers who use illegal number plates.

The Vehicle Registration Offences (Penalty Points) Bill was presented by Andrew Griffith MP in the House of Commons today.

It seeks to add three penalty points to an offender’s licence in addition to any £100 fixed penalty notice or court fine up to £1000.

At the moment, a driver can only be fined and Flick believes this is an insufficient deterrent, especially for motorcyclists who speed on the A272 and A32 in the constituency.

Anyone keeping or driving a vehicle with an obstructed number plate, or without a number plate, could potentially face the tougher punishment if the bill becomes law.

Those who do so often avoid speeding fines and other road offences because cameras cannot identify them.

“This Ten-Minute Rule Bill would close a loophole that is allowing anti-social motorists to flout the law and, in reality, get away with nothing more than a £100 fine in most cases,” said Flick.

“This law would certainly help in Meon Valley where this anti-social behaviour by a minority of motorcyclists is a major problem.

“Penalty points on the driving licences lead to higher insurance premiums and the risk of eventual loss of licence. This would be a real deterrent against this behaviour and I support the bill.”

A recent Automatic Number Plate Recognition Independent Advisory Group report on the effectiveness of the number plate regime in the UK also backed up the bill’s aims.

It found that the current roadside penalty of a £100 fixed penalty notice is not an effective deterrent against non-compliant number plates in the UK.

It suggested a more robust penalty regime for number plate offences would enable a simpler prosecution route for non-compliance.

Flick questions the Prime Minister on Women and Girls in Afghanistan

Today I spoke in the Chamber questioning the Prime Minister on the safety and human rights of women and girls.