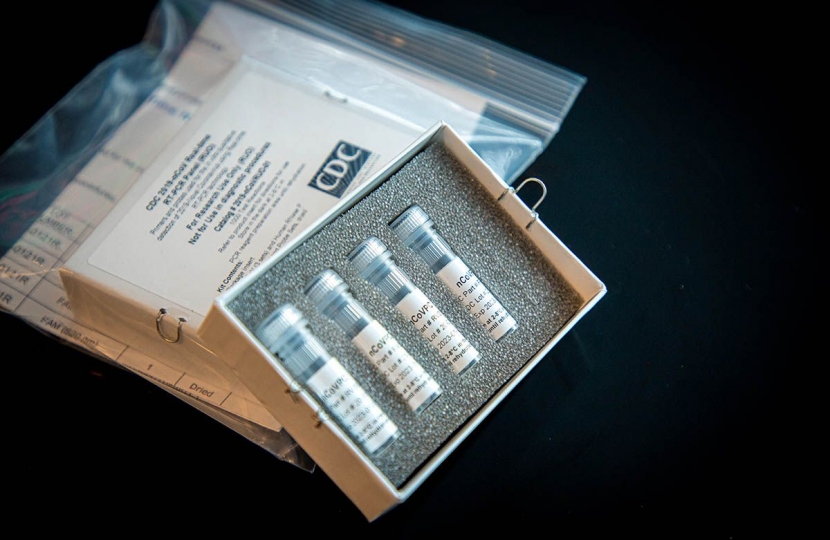 Below is the Secretary of State's statement on testing Covid-19. You can find out more about the Strategy at

One of the most challenging things about coronavirus is the uncertainty, not knowing who has the infection or when it’s safe to return to normal life. Good quality testing can help provide us with certainty. It’s a big part of how we’re going to defeat this disease.
Public Health England has already done world-beating work on testing, working with key international partners to design and deliver the first UK COVID-19 diagnostic test, rolling it out faster than any other novel UK test in recent history. We are ahead of most European countries for testing at this point, and we have undertaken one of the highest number of tests in Europe, after Italy, Spain and Germany. But our testing efforts face big challenges that we now need to overcome. This strategy sets out how.
Here are the challenges. First, we are starting from a lower base. Unlike some countries, we didn’t go into this crisis with a major diagnostics manufacturing industry to call on. There is also huge international demand for crucial testing materials like kits, swabs and chemical reagents.
Given that finite capacity, we’ve had to prioritise. I completely understand that NHS staff want to get tested so they can return to the frontline as fast as possible. But early on I took the decision that seriously ill patients had to come first. For them, a test can mean the difference between life and death. My overriding goal is to protect life and I stand by that decision.

We also have to ensure that any new test products are up to the job. Our experts are clear that having no test is better than an unreliable test, and several of the tests we’ve already checked have been too inaccurate to be used in this crisis. I will not send NHS staff back onto the wards with the false comfort of a false negative result.
Our ultimate goal is that anyone who needs a test should have one. We will get there through a phased approach, starting with patients who need the test, expanding to NHS workers and their families as we are now doing, then other critical key workers as we ramp up further, and then expanding to the wider community over time. Our testing strategy has five pillars, which this document sets out in full.

The first pillar is boosting swab testing – testing to find out if you have the virus – by PHE and NHS labs for patients and frontline workers in the NHS. We have already reached our ambition of 10,000 tests per day by the end of March as we committed. We are now committed to reaching 25,000 tests per day by the end of April at the latest.
The second pillar is the creation of brand-new swab testing capacity delivered by commercial partners. Again, this is swab testing to tell if people have the virus. The biggest part of this pillar is the partnership with universities, research institutes and companies such as Amazon and Boots, to build a network of new labs and testing sites across the UK. This new service has just launched and is ramping up rapidly. We are also working with other testing companies to expand Pillar 2 so that over time we have many different commercial companies delivering mass swab testing.
The third pillar is antibody tests, which are designed to detect if people have had the virus and are now immune. These could potentially be done at home with a finger prick and deliver results in as little as twenty minutes. We are currently working with several companies who are offering these tests and are evaluating their effectiveness. Antibody tests offer the hope that people who think they have had the disease will know they are immune and get back to life as normal. But crucially, they have to be proven to work.

The fourth pillar is surveillance. We are conducting some of the biggest surveys in the world to find out what proportion of the population have already had the virus. This is done using a high accuracy antibody test operated by Public Health England at their Porton Down science campus. We will use these tests to help strengthen our scientific understanding and inform us all on the big choices we have to make about social distancing measures and how we exit from this crisis.

The fifth pillar is the most ambitious. We want to build in a short space of time, the large diagnostics industry that this country currently lacks. Just as our top end manufacturers have joined the national effort to build ventilators, so our life sciences companies will do the same for testing. UK pharmaceutical giants which don’t have a tradition of diagnostics, are now working with our world leading but smaller diagnostics companies, to build a British diagnostics industry at scale. This new national effort for testing will ensure we can get tests for everyone who needs them.
Taken together, I’m setting the challenge across all five pillars, of 100,000 tests per day, by the end of April. To drive this forward, I’m delighted that Professor John Newton will be taking on a new role to co-ordinate this national effort for testing.
These five pillars represent a comprehensive strategy to put in place the testing that is mission critical as we fight this battle against COVID-19.

There will be problems, like those that we have already overcome. There will be bumps in the road and criticisms made – some justified. But we have some of the best minds and science in the world at our disposal and, having recovered from the illness myself, I am more determined than ever to take the fight to this disease.


Matt Hancock Secretary of State for Health and Social Care

This page has been designed to provide up-to-date information, guidance and advice with regards to coronavirus (COVID-19).

How serious is coronavirus?