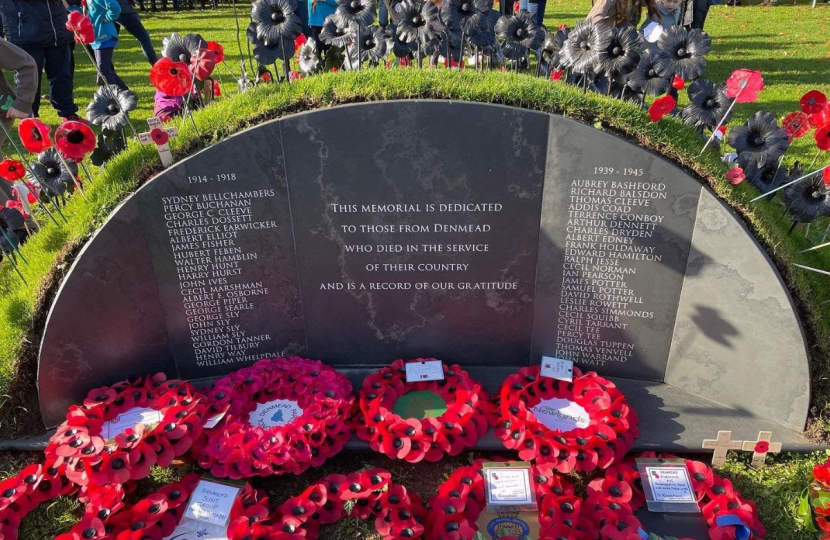 I wished the Chancellor good luck when I saw him on Wednesday and he replied: ‘thanks, I need it’. It is a very difficult time to be the Chancellor with the aftermath of the pandemic and war in Ukraine.

As the Prime Minister said at the G20, ‘Putin’s casual disregard for life will ripple around the world for years to come’. The war has impacted globally and is causing high inflation across the world largely due to energy prices, but also food supplies to very poor countries. The war will lead to a permanent geopolitical realignment of energy supplies, but there will be a costly transition while we find new sources of energy.

The Chancellor has put sound money first and asked those with the ‘broader shoulders’ to help pay for it. I am pleased we have also protected the most vulnerable but I know that most people are going to find the next year difficult.

The extra money for schools and the NHS is very welcome as is the focus on skills and I am looking forward to talking to Sir Michael Barber who will be doing work on this. It is what I have been asking for with the change of curriculum and assessment in schools. The IMF Growth forecasts for the G7 this year put the UK at 3.6% - the highest in the G7. This is encouraging but we need to work hard to make our economy more resilient to future crises.

I had my first Public Accounts Committee meeting this week when we questioned HMRC and the Treasury about what we have learned from the pandemic about furlough and business loans, including possible fraudulent behaviour. They are working hard to reclaim public money. It was good to have the confirmation, as I have heard from local businesses, that furlough and loans saved many businesses and jobs, although some people did miss out and they are looking at how to prevent that in future.

I also had my first Education Select Committee where we questioned the Careers Enterprise Company and National Careers Service about getting better advice into schools. I am very concerned to hear from employers that schools are not signposting apprenticeships and vocational work in the same way as academic routes. However, it was reassuring to hear there is work to change this.

The National Security Bill went through its next stages in the Commons this week with a lot of amendments. This will help our fantastic intelligence and security services keep us safe.

I have just written a review for the House magazine, a Parliamentary magazine, about the new Lord Michael Ashcroft book on the Intelligence Corps ‘In the Shadows’. It is an interesting book looking at the history of the Intelligence Corps. The service was only formally accepted in 1940 having been disbanded after a brief time in WW1. He describes the bravery and antics of individuals. There are lots of mavericks in the Int Corps!

Last weekend was busy with campaigning in Waterloo ward where we were lucky to catch a lot of people in. The memorial service in Denmead on Sunday was very moving with the piper leading us to the War Memorial and large numbers of Scouts, Brownies and schoolchildren from Denmead Infant and Junior putting their handmade poppies on the Memorial.

I have visited both schools and have been so impressed. Pupils from Swanmore School came up on Tuesday morning and were thrilled to sit in Treasury Questions and see the Chancellor.

In the evening there was a meeting with Air Vice Marshal Paul Godfrey, who oversees Space Command. This is definitely the new frontier of warfare but has many civilian uses too. He talked about the many satellites and space junk that are floating around. Elon Musk is planning to put 42,000 satellites into orbit over the next few years and his Starlink satellites have been helping Ukraine combat Russia.

I popped into an event about pancreatic cancer to learn more and to another event on community pharmacies. I am very keen to promote and increase what pharmacies do to alleviate the pressures on GPs so please visit your pharmacy to find out more about what they can do to help.

Have a great weekend!