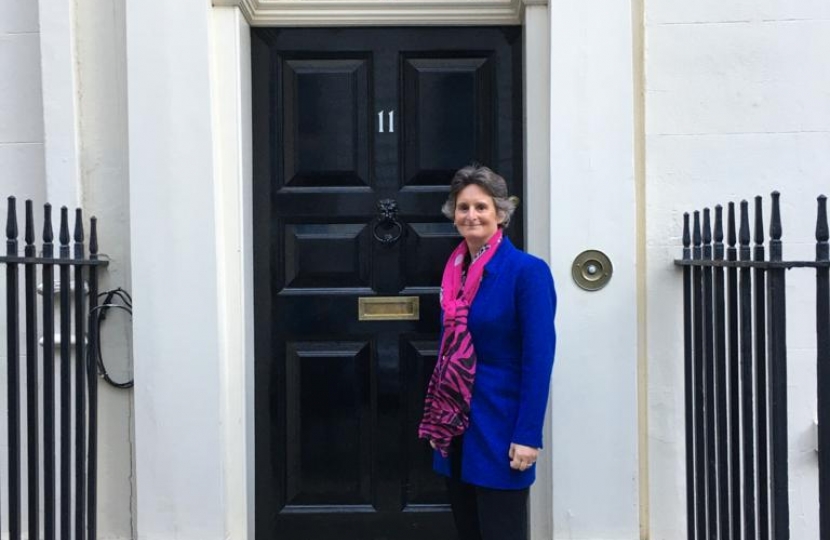 MPs returned to Parliament on Monday after the half-term recess during which I made a number of constituency visits. This included Pre-Loved Treasures in Swanmore, a really lovely community-based project that is helping those in need by recycling unwanted items and ask for donations rather than pricing clothes and toys. They have a Facebook page which you can find here.

We hit the ground running with this week with Parliament Week, an annual event designed to increase engagement in politics especially for young people. Usually this would involve having people up to London for a tour and a talk, but of course this year it all had to be virtual. Still, it was great to field questions (some of them very tricky!) from a wide range of groups, including two Scouts Troops (Waterlooville and Meon Valley District Explorers), Bishop’s Waltham Guides and a Year 4 class from Horndean Junior School. It was fantastic to see so many young people interested in politics and I hope they keep it up!

Speaking of engaging young people, I was delighted to sit next to the Chancellor at breakfast in Number 11 on Wednesday, where I spoke to him about the importance of further funding for the National Citizens Service (NCS). I was lucky to be on the board of NCS, so I know first-hand the amazing work it does transforming the lives of young people and empowering them to make their own way in the world. I also made another pitch to him for funding to help progress the Waterlooville regeneration project – let us hope this is something we can get Government support for!

I also met over Zoom with the new Director General of the BBC, Tim Davie. I was impressed by his commitment to addressing the concerns about BBC impartiality and, in particular, by his support for regional radio and TV. I think this is one of the most important part of the BBC’s offering, so I am glad to hear this is a priority for the corporation.

In legislative terms, I spent most of my week in committee meetings on the Pensions Schemes Bill, where smaller groups of MPs have the opportunity to scrutinise the proposals. It is an important Bill, which will help people protect their pensions and plan for their retirements. One of the best changes will be a new pensions dashboard, where all of us will easily be able to see how much we have saved. I would have liked to speak on this, but as a Department for Work and Pensions (DWP) Parliamentary Private Secretary (PPS), my job was to act as a liaison between MPs and the Department, helping answer any questions either might have.

We also voted on the time-limited lockdown which has now begun and will last until December 2nd. I supported the motion with a heavy heart – none of us want to be reintroducing this kind of restriction which I know badly impacts businesses and families, as well as people’s mental health. That said, there is clear evidence that cases and hospitalisations are increasing across the country, including in our area.

We have seen cases per 100,000 go up by over 100% in recent weeks in Havant and around 50% in both Winchester and East Hampshire, and we know from examples all over the world that an increase in cases will mean an increase in hospitalisations a short time later. Not only is that a problem for those who have Covid-19, but it will also delay other important operations if the NHS is short of space. For this reason and others, I felt I had to support this lockdown so that we can get coronavirus under control and stop the situation from getting any worse, especially during winter. I also had a flu jab this week and recommend that everyone has one.

This weekend will be Remembrance Sunday and I am glad that outdoors services will be able to go ahead. I will be laying a wreath in Bishops Waltham but not at the same time as any services. I would urge those of you who can to support the Royal British Legion. RBL does fantastic work to help members and veterans of our armed forces as well as their families; I saw this in my role as SE Chairman of the Veterans Advisory Pensions Committee. They have had a hard time this year with the Poppy Appeal with fewer people out and about, so they need all the help they can get.

Have a good weekend.